skip to main | skip to sidebar

Last week I read at the Out of the Blue Gallery in the Stone Soup series. Jack Powers was very much present, though he died more than a month ago. He continues to be a good presiding spirit, as does Chad Parentau, who has been running the series for five years. For me, the evening had a couple of highlights. On the open mike John Stern perfectly recited poems ranging from Emma Lazarus through Shakespeare to Robert W. Service -- all paramount recitations, the spirit of the words perfectly embodied in John's voice and gestures that changed from poem to poem. To hear John's Lazrus is like hearing the Statue of Liberty speaking. Also at the open Mike was the inimical Billy Barnum. Toothless, spastic, dressed in a witch's brew of exotic clothes and drapery, Billy recited an allegorical poem of his in which a male erotic figure visits a female loneliness. The language, as it usually is with Billy, was inspired, and his body movements were hypnotizing grace. Out of the Blue, host of three series that I know, can sometimes feel like the wild west, but it can also be the scene of astonishing performances.
Posted by Bert Stern at 8:32 AM

The Ibbetson Street Press is proud to announce that Bert Stern's poetry collection "Steerage" was voted a "must read" book for the Mass. Book Award (2010)

"Stern's skill belongs not to a practiced poet merely, but to a person who had made his life a poetic practice." Elizabeth Murphy, Salamander Magazine.

" Bert's book is a very fine collection of poetry. One of the best books of poetry I have read in a while. And beautifully designed to boot. Thanks to you and Ibbetson for your wisdom in publishing it."

(click on picture to order)" I am somebody's dream," writes Bert Stern, thinking of his immigrant ancestors and of his debts to them, "for what they dared and endured." Steerage settles those debts, but that isn't all it does: Stern's great gift is his ability to lighten family history by knitting it into the larger tissue of life we all have in common. From the heaviness of his history, these poems take flight." -- Lewis Hyde (Ibbetson Street Press 25 School St. Somerville, Mass. 02143) dougholder@post.harvard.edu bertstern@rcn.com $15.(p&h) 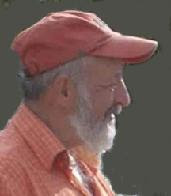